Everyone who knows me well enough will know that the relationship between me and mosquitoes is a love-hate one.
They love me, and I hate them.

Since I am constantly under attack here in Taiwan, I decided to experiment (see note for the conditions of the experiments) with tea as a defense mechanism. Not adhering this time to “the best defense is attack” I tried various methods.

Hypothesis: Mosquitoes will not attack an innocent tea-skinned person.

Method A: A friend suggested that I should splash good tea on exposed skin.
Result: Mosquitoes seem to have a good taste!

Method B: Splash bad tea (the worst Pu-erh I came across)
Result: NOBODY came near me except for mosquitoes! (Maybe mosquitoes just like tea no matter if it is good or bad) 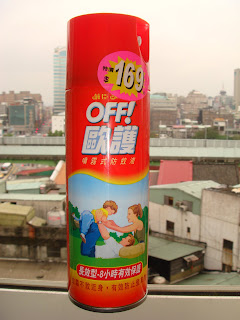 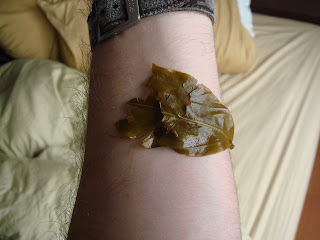 Quick to be discouraged by the search for a tea-based mosquito bite “spray”, I reverted to the traditional method.

Down and very much bitten! I started to wonder how on earth tea was used as a medicine in the old times. As a last resort, I stuck my best Pu-erh tea leaf over a mosquito bite. Hold and behold the swelling was done very fast!

Although my experiments to prevent were 100% failure, it was a total success at “comforting” – very much like a good cup of tea. 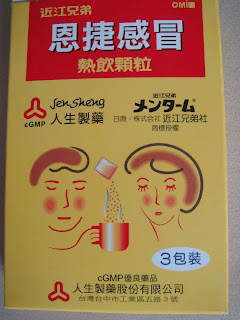 Some 4 weeks ago I received a tea-pot. I have no idea why or when, but the tea-pot was ill.
I tried to clean it using the more traditional methods such as washing it some 5-6 times.
But to no avail. The tea pot was dying on me, and I did not like that even a bit. At one point I was even considering of brewing the equivalent of “Lemsip” (to those of you who have been to England and caught a cold) but did not.

Since good tea managed to heel my “love bites”, I thought it would not be a such a bad idea to try to use the best leaves to heel my much beloved tea pot. So I tried it.

The first two days the tea was not as good as I knew it should be, but then on the third day something happened. The tea started tasting as it should. The pot smelled nicer too. I brewed the same leaves for 4 complete days.

On the fifth day I decided to use the tea pot for other teas that I knew it did not handle very well before (not because of the clay or shape). To my great surprise, the tea tasted as it should have. 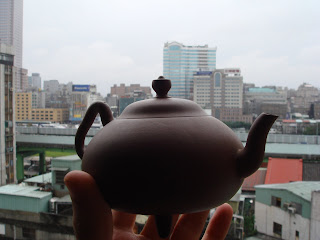 Off the record, the stone-pot I wrote about in a previous post is still to be cleaned properly.

If you have made some interesting experiments using tea or anything edible please let me know.

Note: Experiments took place over a 5 days period, I believe there were some 8-12 mosquitoes in the “testing room” (I would never allow 8 such “pets” into my room!). Each stay at the “testing room” was between 4-5 hours each day.

Number of bites was of no substantial statistical difference between Method A, B and “normal days”. 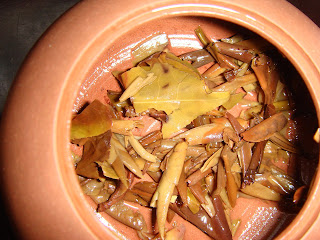