About Ice-tea and teddy bears

Taiwan offers an enormous selection of bottled ice tea. And an even greater selection of "freshly made" ice tea usually with added tapioca flour mini balls. The later is drunk using a very broad straw. 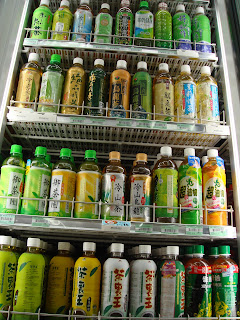 About a 2-3 months ago I decided to taste/test some bottled ice tea. I bought 5 different ice tea oolongs and put on my lab coat. I wanted to test at least two whole fridges.

I don't want to ruin my conclusion, but it would be fair to say that I have not tasted any bottled ice tea ever since, and its not because I wanted to keep the aftertaste. 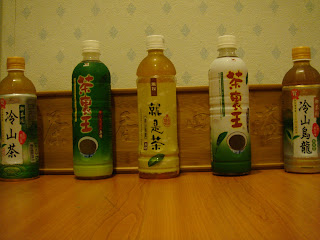 
I have some very, very, very detailed notes as to how each tea tastes, looks (they even changed colours after boiling!) and smells. But the truth is, its not really interesting as this teas smelt like plastic looked weird and tasted even weirder. 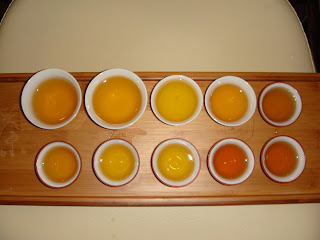 Drinking the "Heysong, High mountain Oolong tea" (first from left) I could taste the fruits of the forest... the trees...the wind blowing ...I can almost feel the birds singing... . Yeah right, I felt more like being chased by a huge hungry bear... . If anything I would give it 5 teddy bears out of 10 i.e. 10 teddies is something "bear"able to drink and actually enjoyable as ice tea.


"Vitalon, Cold mountain tea" drinking it, I felt like a bird...like a free man..without boundaries....a hero...floating in the sky...jumping from cloud to cloud... . Yes it felt like free fall with out a parachute!
"4 Parachutes... ".


Allow me to ruin the suspense, but 5 teddy bears is the highest any of them gets.


"Uni-President, Green Heart Oolong tea". At least when you free fall without a parachute you know when it will all end. This tea has no heart! The long after taste of plastic (notes from the tea drunk hot and I did not heat it in the microwave but in kettle), as well as the feeling of fire ants walking up and down your throat biting you, eating you from within...bite after bite after bite.
"10 heart attacks, 0 Teddy Bears"

"Uni-President, Pekoe Oolong tea" Apparently it has no sugar! Believe me it would give coke a fight for its money! For me it smelt like sugar, tasted like sugar, and by the end of the tasting I was afraid I might need an insulin injection.
"0 Teddy Bears"


Tip: If you don't have any lose leaf tea by which to brew your own ice-tea, just stick 2 of your favorite tea bags for about 15-20 minutes into ice cold water bottle.

Translation of the names by Lin. Thank You.

It will be intersting to examine olive oil using the same test methods,

For the comming Pesach I would sudjest testing varius matza balls in difrent physical states...

ROTFLMAO :D !!! It satirizes my blog in some ways, but I really love your blog, man! You are like the coffee in my office kitchen...taste funny, a bit bitter and something cynical, but in a good way. It's a compliment.

Tell me how to make wine. Then place some of the wine bottles like that as
oil..
MIKE