A Word on Tea, Wine, Olives and Zeus

Joel Schapira et al. write: “When Heaven and Earth were split asunder, giving birth to the world, the universe was ruled by the twelve effulgent Emperors of Heaven who each reigned for 18,000 years. They were followed by the eleven Emperors of Earth, who were also in power for 18,000 years; the nine Emperors of Mankind, who altogether reigned for 45,000 years; the sixteen sovereigns, and finally, the Three Sovereigns: Fu His, Sheng Nung, Huang Ti. Fu Hsi and Huang Ti lived in Honan, South of the Yellow River, and invented all the arts and crafts which they presented to men. Shen Nung, the Divine Cultivar, was the first to till the earth and so gave the gift of tea to man.”
(The Book of Coffee and Tea, p.145)

Indeed, tea always had the aura and elixir of the gods.
In more "recent" history, Lu Yu, the author of "the Classic of Tea" by describing "the drifting clouds, mist-shrouded mountains, and breeze-strippled water" (ibid. p.151) represented the universal harmony of Taoism.

Wine, obviously too has its antiquity, myth and legends contribution to the world. Moreover, there were gods/goddess of wine.
“Geshtin” in English “Lady of the Vine", was the Sumerian goddess of the wine. Others include: “Renenutet” the Egyptian goddess of the harvest and wine and “Spenta Armaiti” the Persian goddess of the vineyards. These are just a few to mention.

But I doubt any fruit(juice) in human history got as much mentioning, excited, interested… and bewildered as many people from all religions and walks of life for so long as the olive. Kings were crowned, wars got started and finished because of olives, economies flourished and full body massage got a whole lot better.

Indeed Athens the crown of the Western civilization is credited to the mighty Olive (of course there is Gotham City and Jerusalem..). 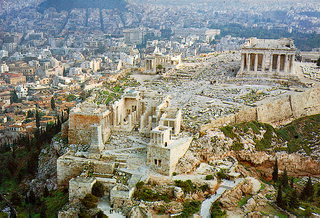 (The Acropolis of Athens)

There was a contest for the land of Attica – (I am well aware that there are many ‘versions’ for the following story, sorry if this one is not “the real one” – I once almost found my self in a fight with some Greeks friends(!?) for a differing storyline).

Zeus the god of gods promised the land to the one who would bring the most useful gift to humanity. Moreover, the city would be named after the winner. Two of the Olympian Gods wanted to be chosen as the protector of the city.
Poseidon (Zeus’s brother) struck a rock with his trident. Upon his struck, the rock released seawater and a horse that could run faster than the wind, win all wars and do all the hard work for humanity… .
Athens, the daughter of Zeus, goddess of the wisdom, skills, and warfare offered an olive tree.
Now, for me, the most useful animal is perhaps the sheep, it can be used as food (coming from a vegiterian), for drink and clothing. However, the olive tree is perhaps the most useful fruit - in my opinion. It is food (recipes will follow in the near future), medicine (traditional “grandmother” medicines-caution advised!), and light (see “extra virgin olive oil lampante”).

Indeed there are records, and one can still see today how the olive trees dominated and still dominate the area in and around Athens. Throughout history, these trees were brought down for many reasons, at times as omen for the death, as tools of war, and at other times to degrade the spirit of the inhabitants to surrender.

“In 480 BC, when the Persians occupied Athens, they burnt down the sacred tree and this was considered by the Athenians a bad sign. But the next day, sorrow was replaced by joy seeing that the burnt trunk had already budded."(Hellenic Republic, Ministry of Foreign Affairs) 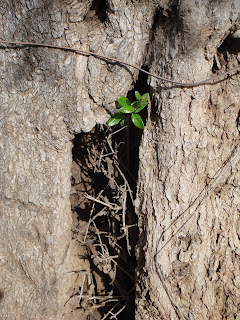 May I add that tea traders are also pretty good ‘modern day story tellers’; see - “Don’t buy the story, buy the cake” and “Tea Stories for the Soul”.

There is still enough time to participate in the give away! ;-)