This Sport Is Good for Your Skin! - "Yagli Gures"

Do you know this guy? 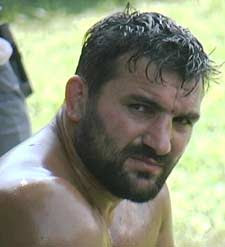 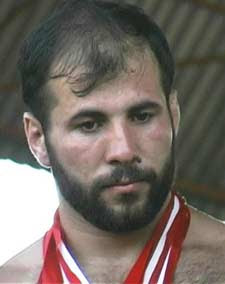 ("Did I flash the toilet before I left the house?")
What about this one? 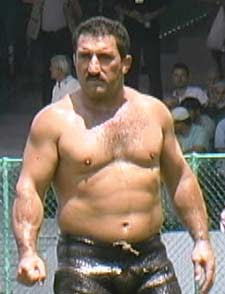 ("Which one of you $%&*ers drunk my tea?!?")
If you liked the Kazakh martial arts scene "Borat vs Azamat Bagatov".

What the Turkish people call "Yagli Gures" (literally: Oiled Wrestling) might be your cup of tea.
Yagli Gures is a sport where each fighter is a "hero" - literally (the Turks call it "pehlivan"). However, what makes this sport so different - amongst many other things - is the fact that each "hero" is immersed in olive oil. 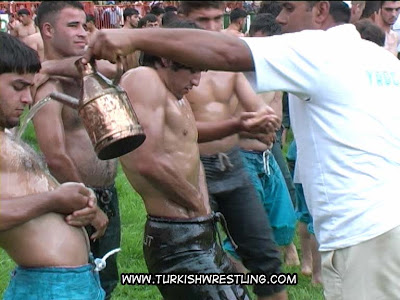 (No virgins here...)
If you are interested in reading about the rules of this game press here.
I am still puzzled as to what they mean by "The first wrestler whose “umbilicus is exposed to heaven” loses the match." 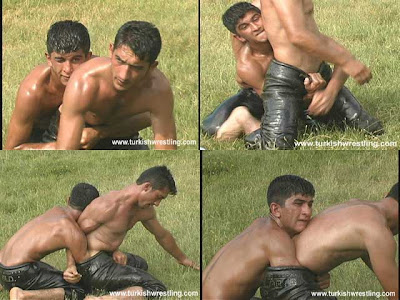 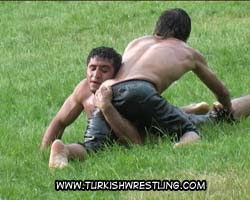 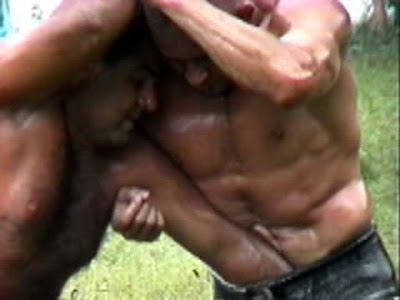 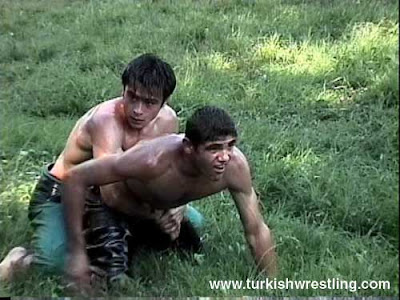 (Lets just say this is no first aid)
Why Do They Apply the Oil?
"For many years the practitioners of the sport of wrestling have prepared in religious settlements. The first wrestling sketches were found in Egypt in Beni Hasan temple which was built five thousand years ago.
In Central Asia, religious men called "shamans," and "dai" have been involved with wrestling. In the Ottoman Empire wrestlers were brought up in religious environments called "tekke" for seven hundred years. Just like five thousand years ago, Japanese Sumo Wrestling and Turkish Kirkpinar carries over the religious motifs of the past.
Man is not simply made of matter, the other half of the human equation is our spirit and spiritual being. Wrestling without the spiritual relationship has been accepted to be harmful for the improvement of the human character. The wrestlers oiling each-other is a signification of the importance of "balance" in such competitions.
According to English thinker Bertrand Russel, the Roman Empire collapsed due to the infected mosquitoes that spread Malaria. In those times, living at sea level, to 400m above sea level was close to impossible. Even mosquito nets, burning animal feces, standing in smoke during sundown were not sufficient for complete protection from mosquitoes.
The oil extracted from a vegetable particular to the Mediterranean region: "the olive," was used in cooking and for protection from mosquitoes. When humans learned to mix a specific ingredient "kafur" with olive oil for full protection from mosquitoes, the Roman Empire was long gone.
The people of Anatolia who spent day by day applying olive oil on to their bodies, continued to wrestle with their bodies oiled, and a new style of wrestling surfaced from this condition: "oil wrestling." "
Sources: Text All About Turkey)
Wrestling Pictures: Turkish Wrestling 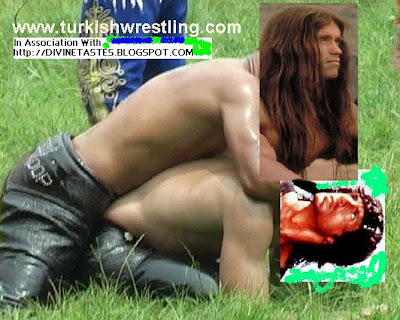 (A rare picture of the titanic 1982 Yagli Gures Championship Final)

I do believe that takes the prize for the funniest thing I've seen this week. Judging by a couple of those pics, it looks like the oil makes...um, everything...go everywhere. :)

Rednecks 'round 'bout my neck of the woods do something similar, only with lard and a pig. Given the choice between 'Yagli Gures' and the pig, I'd take the Yagli in a heartbeat.

their pants called kispet, it got more than 1 layer, so actually they don't grab the thing that you think :D

Yagli Gures has a legend (If I can remember correctly) that two soldiers were wrestling on a camp settlement, but they were so equal that none could win. So they have applied oil to their bodies and tried again. Wrestling took 40 days and both died at the end.

So it became a tradition.