Not for my mother, I am most likely to have encountered Shirely Temple, if at all, only on the "E!" Channel, possibly on the same programme as Macaulay Culkin ... .

Anyway, I just finished watching (again) the movie "Poor Little Rich Girl" when I remembered a quote or two of hers. This inspired me to write about Kilns-go figure this out. 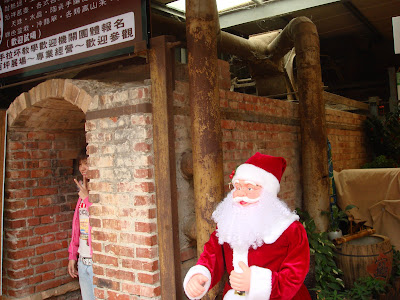 "I stopped believing in Santa Claus when my mother took me to see him in a department store, and he asked for my autograph."
Shirley Temple

The firing of green ware was a very important issue in Yingge, Taiwan. In the beginning there was not much more then pits in the ground. But with the increasing importance of pottery ware for the region, the kilns changed from bun shaped kilns into steeped kilns, rising kilns and traditional snake kilns (there are some very long snake kilns still to be seen near Yixing, China). 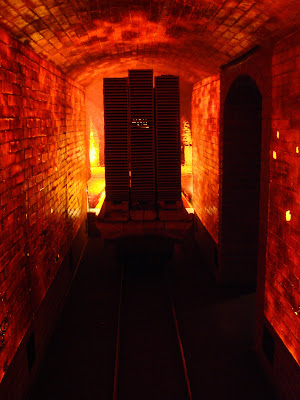 The tunnel kiln is a relative of the shuttle kiln. Instead of using only one cart, it uses a train of carts. Some tunnel kilns reach length of some 100 metres, where by the finish product comes at the end. The kiln is divided into three sections: preheating, heating and cooling.