A Gift Idea for the New Year

“No one goes to Tula with a samovar”

We all want a sense of belonging, a safe home, a source of heat and light on cold winters, friends to talk to…love.
For the Russians of the late 18th to the 20th century this was all this was represented in the Samovar (and the Mamushka?).

In the late 18th century, Fedor Lisitsyn from Tula (Russia) might not have been the first to have ever produced a Samovar but he and his two sons who were laboring in their free time away from producing ammunition were the first to produce an industrialized charcoal-burning Samovar.

Like fire its popularity quickly spread through to cities such as St. Petersburg and Moscow were they became an integral part of the Russian society.

Till these days the Samovars from Tula are setting the standards for the industry … so it may have seem. 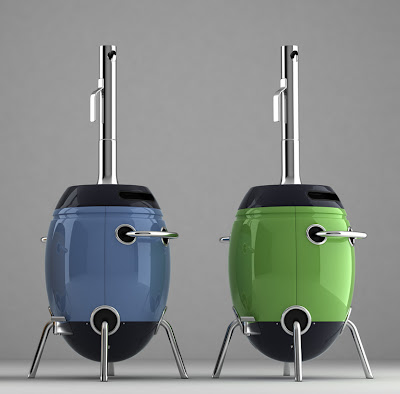 Looking like a futuristic space ship from the Thunderbirds, “Sam”, as it is called is in fact very much like the traditional 18th century Samovar with a difference in design (where did all the cool tubes go?) and the very important feel factor of safety.

You give a very good idea for Easter Gift.Thanks a lot of the great mother day.Your text is really appreciable