Olives in Religions - Judaism - Olive as a measurment 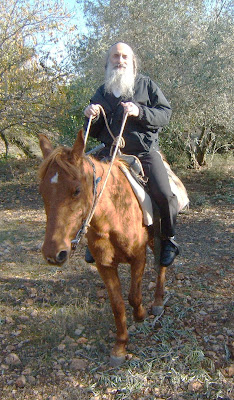 Over the weekend I came across the following article in the Jerusalem Post.

“Olive Bulks” – by Levi Cooper (Feb. 7, 2008; Jerusalem Post)
Though one could hardly say that the following article scratches the deep and extremely complicated philosophical discussions in the Talmud (the Jewish oral law) about when the normative terms of “eating” is actually deemed eating, it is none the less – so I believe - an interesting article for any olive lover.
“When is a nibble or a taste considered eating? We may recall being warned not to snack so that we keep our appetite for dinner, but in halachic terms this is hardly a standardized yardstick for eating. When - in normative terms - is eating deemed eating?
The practical implication of this question lies in the requirement to recite the Grace After Meals: How much must one eat to be obligated to recite Grace? Our sages dispute this minimum amount - should it be the volume of an average olive or double that amount, namely the volume of an average egg with its shell (B. Brachot 49b).
An extension of this dispute is reflected in the Mishna that discusses the zimun - the invitation to recite Grace After Meals as a quorum (M. Brachot 7:2). There are two opinions as to when a person has sufficiently partaken of the meal, such that he can be included in the zimun.
Normative law rules that the standard volume is an olive bulk (Shulhan Aruch OH 184:6).
The question of a benchmark is not only a culinary issue; other laws also use the olive bulk gauge. Thus contracting ritual impurity from a dead body can only occur with this minimum standard amount of human flesh (M. Oholot 2:1).
While an olive bulk is the most common measure, it is not the only volume standard in Jewish law. Thus for instance transgressing the grievous sin of eating on Yom Kippur is defined by a different measure - the average volume of date that has begun to dry out, a volume that is larger than an olive but smaller than an egg. While eating less than that amount is not permitted, punishment can only be incurred once the prescribed volume has been ingested (B. Yoma 73b-74a).
The reason that punishable eating on Yom Kippur is defined by the larger measure - the date not the olive - is because the biblical verse does not specify a prohibition against eating. The Bible requires that a person feels afflicted (see Leviticus 23:29), and this is understood to mean that people should be hungry such that they have difficulty concentrating. According to tradition, average people remain in this state until they have eaten the volume of date (B. Yoma 80a-b).
Nevertheless, the olive bulk is the most widely used standard and defines almost all matters of eating (B. Brachot 41a-b). For instance, on Pessah we eat at least an olive bulk of matza and of maror to fulfill the obligations of the Seder night.
One hassidic master, Rabbi Avraham Yehoshua Heshel of Apta (1745-1825), commented on the olive bulk measure. The Ohev Yisrael (lover of Israel) - as he is called on his epitaph and as the compilation of his talks is entitled - was a large person, and later hassidic masters used to say that he was able to serve the Almighty by eating, just as others did by fasting. No stranger to eating, the Ohev Yisrael sought the deeper significance of the olive as the minimum eating standard.
The Ohev Yisrael highlighted two mystical properties of the olive mentioned in the Talmud: On one hand, eating a plethora of olives can precipitate forgetfulness. On the other hand, liberally using olive oil is an elixir for memory. According to one of the talmudic sages, just as olives can make a person forget 70 years of learning, so too olive oil can restore 70 years of study (B. Horayot 13b; see also B. Menahot 85b).
The mystical polarity of the olive is reflected in the nature of the fruit: As long as the olive remains in its original form, it has a bitter taste. It is at this acrid stage that it causes forgetfulness. The precious oil that can be extracted from the olive, however, is among the most prized of liquids and serves as a memory potion.

After analyzing the properties of the olive, the Ohev Yisrael continued to explain why the olive is the fruit that defines eating: If a person eating food solely considers the exterior nature of the food, then such a meal is a bitter, astringent spiritual experience, for the food answers only a base need and has no spiritual import.
When a person mentally looks past the raw food, considering the concealed potential of the substance being ingested - namely the power of this physical object to animate us - then the eating activity suddenly takes on a new spiritual dimension. Our eating, therefore, must be akin to olives - seeking the value of the food that is obscured to the naked, insensitive eye, by looking beyond the initial taste which is in truth bitter and may cause us harm.
…………”.