Many olive trees have suffered a deadly blow. For some it would take years of hard work to revive.
------------------------------------------
Freeze is one of the worst things that could happen to an olive tree. Trees are killed by it, others explode, at the very least their bark is split. The splitting of the tree leaves it vulnerable to insects and various diseases – much like a human being. 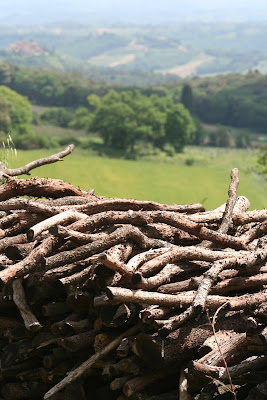 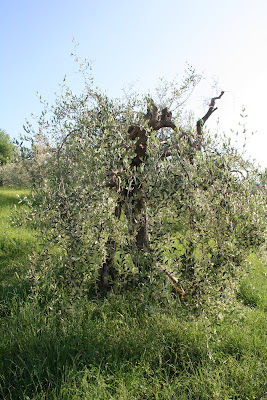 A closer look will show the huge split in the middle of the tree. (press picture to enlarge) 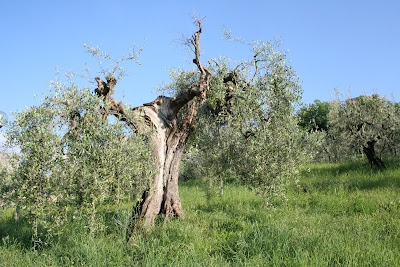 A tree that "survived" the Tuscan winter freeze of 1984/5 - pictured in 2007 on a lovey trip to the region. (press picture to enlarge)

Many trees were cut down due to the time and energy it would take for them to have a profitable yield.* At some places, due to the increasing popularity at the time (and today) of Italian wine, vine grapes were replanted where centuries old olive tree stood before.

However like all Olivewood stroies there is an happy ending - of some sort.
Rather than burn or shred the wood, as many growers did, an enterprising group of artisans preserved it.

The result of this can be seen in almost any shop through out the Tuscany. The character rich wood is now a days in almost every Tuscan kitchen, decorating all sorts of homes and shops. 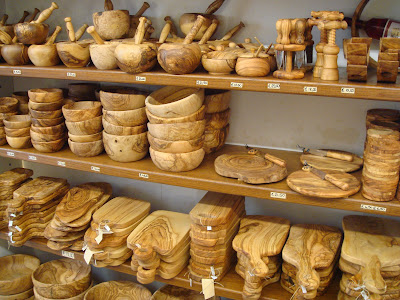 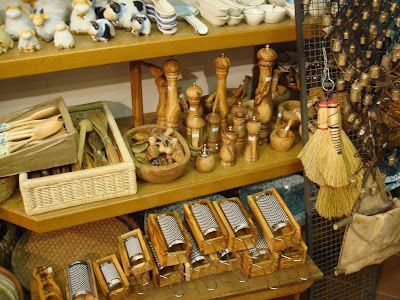 *The quality of the olives has not been adversely affected.

It's good to see you posting again, even if it is bad news! Welcome back. :)

Thank you for the 'warm' welcome. I hope post things more frequently.

This is interesting... I am glad for the wood being used to make these beautiful pieces.