Aladdin and the Holy Land

﻿
Everybody knows the story of Aladdin and the Genie. We have even watched the full color documentary by Disney (narrated by Robin Williams and Dan Castella).

During recent archaeological digging based on anthropological research, an ancient map, none working compass and a monkey, an Israeli research team managed to locate and extract the holy lamp!
Did You Know?
The first light was invented by G'd "And there was light". The largest luminary was too invented by Him. Indecently He still hold the Guinness book of record for it. There were some lousy imitations, whether it came from the Greeks, Persians or Romans (and of course the Chinese - they copy since the beginning of time). The Jews however were a slightly more successful with the Menora in the Temple J
Indeed the in the ancient civilizations of Babylonian and Egyptian (3000 BC), light was a luxury. The Arabian Nights were far from the brilliance of today. The palaces of the wealthy were lighted only by flickering flames of simple oil lamps. These were usually in the form of small open bowls with a lip or spout to hold the wick. Animal fats, fish oils or vegetable oils (palm and olive) furnished the fuels.

Miriam sells her beautiful replicas in museums and art galleries. I offered her to sell them through my blog, each 925 silver sterling lamp comes with a stander. If you would like to purchase a lamp that would en-lighten your home, press here. 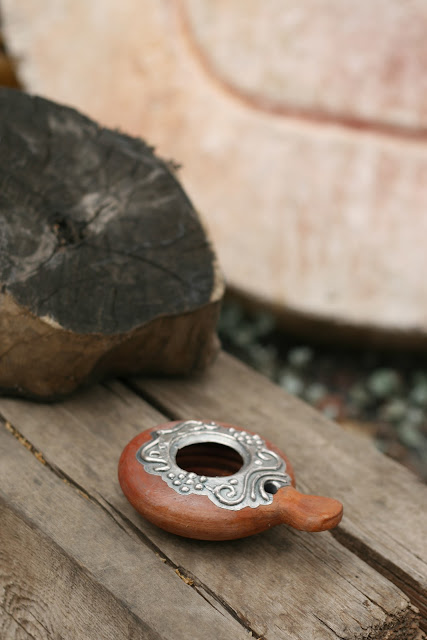 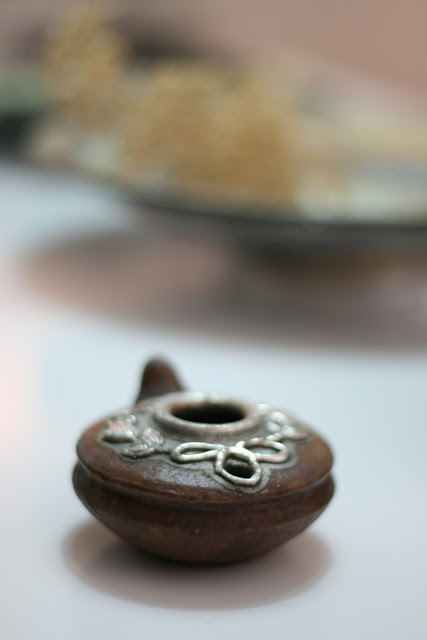